The Financial and Cultural Issues at WeWork Explored

WeWork is a company that provides co working spaces and is headquartered in New York. WeWork received much media attention in 2019 after it publicly filed documents for an initial public offering of shares. The filing revealed significant problems that brought WeWork much negative publicity. This blog will briefly look at the problems WeWork encountered following this filing.

Though many in the industry had long questioned the viability of WeWork’s business model, the company was valued at forty-seven billion dollars at its last round of private fundraising. This despite the fact that in 2017 the Wall Street Journal’s Eliot Brown wrote an article titled “A $20 Billion Startup Fueled by Silicon Valley Pixie Dust”, which laid out many of the deficiencies in WeWork’s model. However, this was not widely known among the general public at the time. The public filing changed all that. It revealed significant losses and expensive leases that called into question whether WeWork would ever be able to become profitable.

According to experts, one of the most concerning figures that was made public following WeWork’s public filing was the disclosure that WeWork had forty-seven billion dollars of future lease obligations and only four billion dollars of future lease commitments. This was caused by WeWork’s unique and some would say reckless leasing strategy. WeWork was extremely flexible in the way that it rented space to its customers. It allowed them to rent month to month and clients could easily increase or decrease the amount of space they rented according to their company’s needs. While this may have been an attractive prospect to its customers, it also meant that WeWork’s revenue could vary significantly over any given year. This partly explains why there was such a discrepancy between WeWork’s future lease obligations and future lease commitments.

As Matthew Zeltin reports in The Guardian after the public filing “ The company’s proposed valuation had fallen by more than half, and the IPO had been called off entirely.” Many experts in the field also cited the founder and CEO Adam Neumann as a reason for the company’s failure. Zeltin writes that the company’s “corporate culture and strategy were completely in hock to Neumann and his family’s bizarre ideas and whims.” To learn more about what happened to WeWork, you can find this informative article from The Guardian here

At DSO we are different…

In contrast to what has been reported about WeWork, DSO is a local Dublin based company that has operated professionally with prudent business practices for over 20 years. DSO has helped many companies to grow and thrive at very affordable prices. We offer a variety of services to help our clients to start or expand their business. Another useful resource that we would recommend to anyone thinking of starting or expanding a business is to seek support from your Local Enterprise Office (LEO). To learn more about Local Enterprise Offices, check out this blog. We hope that you have found this blog helpful. For more information about DSO and its responsible business practices, feel free to browse our website or ask a member of our team for assistance. 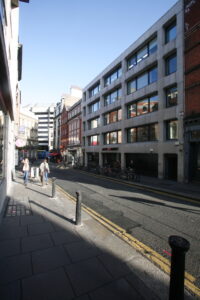 Get Started in 3 Easy Steps